What is feminism? For me, feminism is all about equality. And I’m talking about equality in all aspects i.e., political, economic and social aspects of the sexes.

Why Do We Talk About Feminism Instead Of Equality?

Another question that I frequently encounter is, “Why do we need the term feminism when the word equality exists?” If you are wondering the same, here’s your answer:

We need the term feminism even when the word equality exists because equality is a very, very broad term.

You are talking about equality of what?

The term feminism is more specific. It is the theory of the political, economic and social equality of the sexes.

Did you see the difference?

Men And Women Aren’t The Same

Another common argument is that men and women aren’t the same. They are designed to work and feel differently. And hence, it’s silly to talk about equality.

Gone are the days when everything happened manually, and physical strength was required for everything. Having said that, did you know that during the early times, women right after their pregnancy used to work in the field while carrying their baby because they couldn’t afford to rest?

So, even though a biological difference exists, that difference is very minute. It is so trivial that it doesn’t even matter now!

The feminists understand the fact that an inherent biological difference exists among the sexes. But that doesn’t mean that one doesn’t deserve access to equal rights and opportunities.

When the MeToo movement started, it was said that a new wave of feminism has captured the world. But did anyone notice the seed of anti-feminism movement in the name of feminism.

I have a problem with the word “Pseudo Feminism”. Because for me, there is no mid-way. You can either be a feminist or not. There is no grey area here.

If someone is creating a problem in the name of feminism, they are not pseudo-feminist. They are just ignorant people! Isn’t that simple?

When you decide to use the word “pseudo” (which often has a negative connection) with feminism, even the word feminism starts sounding negative.

And when you create a world where everyone repeatedly talks about pseudo feminism, even the word feminism is seen with raised eyes. Therefore, I think that it’s a dirty trick! In the name of pseudo feminism, few people out there even want to drag down the wave of feminism.

The Subtle Anti-Feminism Movement In India

We have already talked about the term “pseudo feminism”, let us now shift our focus to other subtle anti-feminism tactics to bring down the feminism.

An year back, I purchased two books:

I haven’t read these books but I have heard these are good. I am not going to comment on the content of these books, but I will be talking about its author.

The books are written by Sadhguru. Once, I came across his video. The title of the video was “Unplug with Sadhguru: Are Feminism and Women’s Right Worth Fighting For?”

This video blew my mind!

In this video, Sadhguru says “This is the problem when something is going wrong, people react to that and they think they can correct it by reversing everything.”

Of course, there’s a hidden message here. He’s not just talking people! He is talking about specific people, and these are feminists. According to him, feminists want women to be superior to men. But that’s a lie! Feminism is not about reversing gender roles.

Coming back to Sadhguru again… He further goes ahead and says, “Most of the feminists didn’t live well. They talked and talked and talked. And in the end, their life is empty not because there is no man ……………………………………. but the problem being in a state of reaction doesn’t lead to the well-being of a human being”.

In short, feminists are reactive human-being who don’t find peace and end up in loneliness.

Did you notice how cleverly he played with his words? He slammed feminists but at the same time, tried to show them in an empowered form by saying that they don’t need a man to complete their life.

Further, he goes ahead and asks in a blaming tone, why are we belittling the work done by a mother or a housewife? He praises his mother for the sacrifices that she had made. It is a good thing to acknowledge, but do you know what’s bad?

It’s bad when you worship a woman as a devi just to tie her hands. Do you know what else is bad? It is bad when you show that you are respecting or empowering a woman by saying “ladkiya ghar ki izzat hoti hai” just to control her movements, desires, freedom, sexuality and what not.

Firstly, it’s not that the feminists belittle the homemakers. They don’t do that! We are fine as long as it is a decision that she has made fo herself. We only have a problem when she is forced to become a housewife even if she wants to work just because she is a woman and it’s her responsibility to take care of the house by keeping herself locked in it.

Read: The Thin Line Between Negative and Positive Relationship Habits

In a patriarchal society where the word “pseudo-feminist” is used more than than “feminism” and “feminist” in an everyday conversation, it won’t be wrong to say that there’s an undercurrent of anti-feminism wave.

And no, I am not saying that anti-feminism movement is there simply because of Sadhguru. Let’s not ignore his 4.8 million followers who will have almost the same views. And many other such people who have a huge followers are propagating anti-feminist opinions in the name of true feminism.

For instance, take the example of Lakshay Choudhary, a YouTuber with 549k subscribers. He criticized almost all the good female content creators of YouTube just because they were bold enough to use words like “periods” and “sex” in their video. Plus, let’s not forget that their dresses were not sanskari enough for him!

He said that if the career of a woman who is into video creation is going downhill, the only thing that she has to do is show some cleavage and use words like boobs and vagina, and they won’t face any problem!

And guess what? 41,000 educated youth agreed to this toxic opinion.

It seems like pseudo-feminism wasn’t enough that now people have also started using the term “feminazi.” This is the space that we are creating for the feminists of our country!

When people out there say that true women empowerment is about getting a respectable job and not about wearing a pair of jeans and a top, there is a problem.

Do you know why? It’s because your are not just moral policing but also, are deciding for all the women out there.

Let her take her life decisions on her own. She, as a woman, is not asking for special favors. The only thing that she is asking for is an equal access, equal opportunities, and equal treatment. How hard is that to understand? 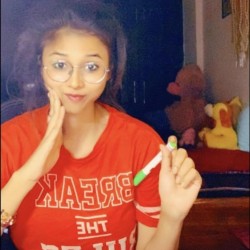 Nilakshi Pathak
I am happy to find you here. Hope you are having a pleasant time here. Cheers!

I am currently pursuing my Masters in Geography. In my free time, I read novels and end up binge watching stuffs on YouTube.

Here are three quick facts about me.

I believe that the world is magical.
Black is my favorite colour.
I love stationery items. 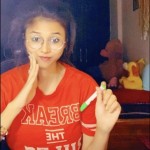 I am happy to find you here. Hope you are having a pleasant time here. Cheers!

I am currently pursuing my Masters in Geography. In my free time, I read novels and end up binge watching stuffs on YouTube.

Here are three quick facts about me.

I believe that the world is magical.
Black is my favorite colour.
I love stationery items.

The Perks And Cons Of Dating An Entrepreneur

The Opposite of Failure-Why I Write

My Life In The COVID-19 Lockdown

I am happy to find you here. Hope you are having a pleasant time. Cheers! I am currently pursuing my Master in geography and I am from India. I love reading and writing about self-improvement stuff. Here are three quick facts about me. 1. I believe that the world is magical. 2. Black is my favorite colour. 3. I love stationery items.

Do you realize your power? For more such affirmati

Calming Strategies for Your Mind and Body (For mor

In essence, what you say to yourself matters way m

Do you realize your power? Do you know that you ar

Emotional balance creates a stabilisation between

Do you sometimes feel lazy? Maybe, sometimes, you

Don't get carried away by the chaos around you. .

Having a morning routine is critical to ensure tha